Solar Energy Is Becoming An Attractive Return On Investment

New Zealand has never had subsidies to encourage consumers to invest in solar energy. Because of this, New Zealand has lagged behind other countries. But economics are changing this.

Stuff.co.nz reported that a lack of government grants and a high upfront cost of installation has helped keep a lid on demand. At the end of February there were just 31,000 solar power installations in New Zealand, the majority of them residential. That is a 15 per cent increase on a year ago, and up 1 per cent on January.

As at the end of May 2021, New Zealand has 159 MW of grid-connected photovoltaic (PV) solar power installed, of which 57 MW were installed in the preceding 24 months.[1]

Although there are no subsidies, the declining costs of photovoltaics has caused a large increase in demand over the last few years. In 2009, the average turnkey price for a standard PV system of three kilowatts (kW) was about NZ$40,000; by 2019 this had dropped to approx. NZ$8,500.[2]

Auckland-based solar power company Lightforce raised millions of dollars last year to grow and get ready for a boom it believed was coming in the next 12 months, said chief executive Luke Nutting.

“It’s already starting to take off now in New Zealand, we’re behind just about every other Western [country], because we’ve never had a grant, but the economics have now hit the point where it’s pretty attractive return on investment,” he said.

Leading Christchurch electricians, Skilled Electrical, have invested in solar energy in response to the global demand for sustainable and renewable energy solutions.

Solar power is a sustainable, clean energy resource that will never be depleted – it results in zero carbon emissions; requires significantly less water and other scarce resources to function, and represents far less toxicity than other energy production processes in terms of human health.

Owner, Dean Wilson, says that developing solar energy technology and making it universal will lower the risk of energy shortages and negative environmental issues that future generations are bound to experience. There are no byproducts, no toxins, and no effect on the environment whatsoever.

“Solar technology has proven to not only be the most efficient energy alternative, but it is also an extremely profitable and reliable investment.” 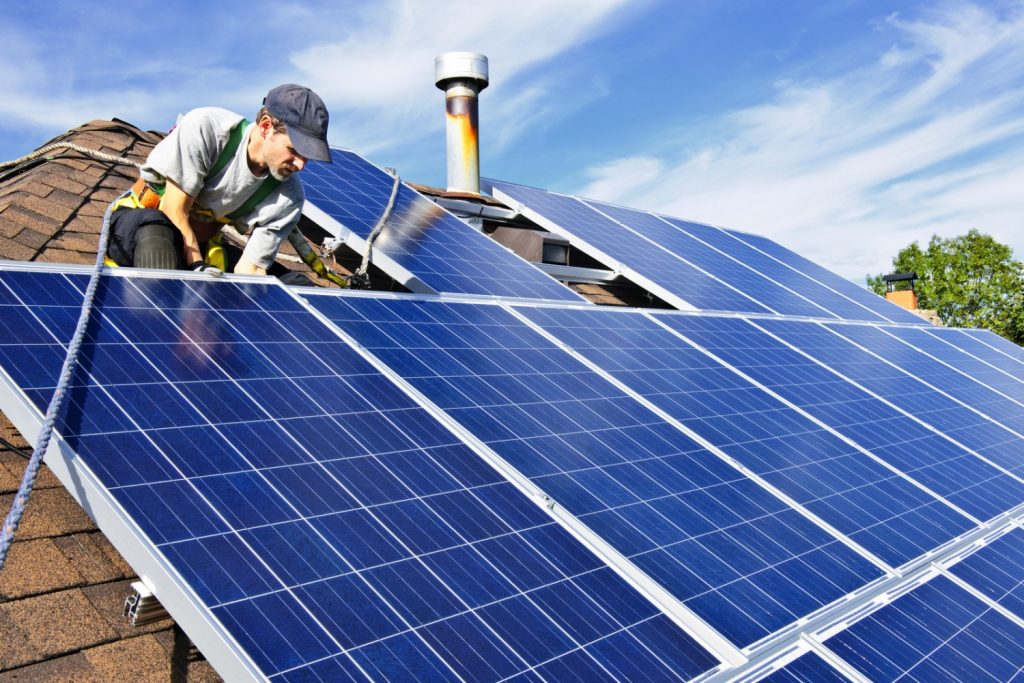 As of the end of March 2021, 31,589 solar power systems have been installed in New Zealand. For new installations, the average residential system size was 4.6 kW and the average commercial system was 17.8 kW.[1]

The largest solar power system on a school in New Zealand was officially opened in a ceremony in February 2019 at Kaitaia College. Kelvin Davis, unveiled a plaque to acknowledge the installation of the 368 solar panel project which is spread across the rooftop of multiple buildings on the school campus.[3]

The Climate Change Commission expected to see continued low uptake of solar power until about 2035, when it is forecast to start rising quickly.

Energy Efficiency and Conservation Authority head of strategy and regulations, Marcos Pelenur, said solar costs had fallen over the last five years, but more slowly than in many other countries.

“There is frequently an upfront capital cost which can act as a barrier, so good reliable information is important.”

Meeting this ambitious target will likely require a doubling of electricity generation by 2050 to meet the needs of homes and businesses as they use electricity to drive the majority of their transport fleet and industrial heat processes.

What’s particularly encouraging in the context of global climate change is that the technology to harness the power of the sun is advancing at a rapid rate, and it’s expected that the price of solar technology will continue to drop to make this technology more accessible to more people.

The Top Google Ads Trends for Tradesman in 2022

The Top Digital Marketing Trends for Tradesman in 2022

14 Year Low in Houses for Sale

Getting To Gold With SiteWise Safety System